In September 2022, Jo Lawson-Tancred published a short essay for Artnet News on art’s “hidden treasures.” She was referring to works that had been overpainted, before being at least partially revealed through the wonders of conservation tools like X-rays. Yes, the stories are enchanting enough, but take a moment to look closely and you’ll see something else entirely. Time and again, framing mostly monochrome images, the rigidity of the frame, literally, gave a modernist foil to a series of Renaissance and expressionist grids.

I’m reminded of this foil, this veil, this screen, every time I look at a work of William Dooley’s. Rather, Bill’s. Moderately scaled, consistently geometric, it is his ability to lengthen and compress space simultaneously, usually in the service of his multiple subjects, that is deftness and delicateness at its best. He paints as if every viewer is at the precipice of his limit, pushed away by the strength and consistency of his surfaces at precisely the same moment he’s beckoning us in. In Memory of Singlewide in the Sun, dark lines suggest an apexed rectangle, the aforementioned singlewide, or a manufactured home eight feet across, for those who don’t speak transportable dwellings. Look at the surface and it is as if the singlewide is literally trying to break free from the plane, to push itself out into space.

But it takes effort to read abstraction closely, and this may well be where Dooley’s works become the most mesmerizing. There’s always something in-visible, something below or behind. The lines that suggest a fence, another boundary, at the left of Blue Stack; pause for a moment to take in an even more subtle doubling, the realization that this suggestion is in fact made of wood. Or, explore Inversion with its doubled arrow and chevron. These surfaces, in Dooley’s words, form “a sense that something esoteric, even peculiar will develop.” Add in his other parameters – modest scale, and simple elements – and you encounter a thoughtfully defined visual toolbox from which more complex concepts can emerge and grow.

In some sense, this doubling – this acknowledgement that these intimate images may produce vast examinations or implications – makes each work even more assertive. There’s the blue rectangle mooring Surge, which makes you wonder if what we’re seeing is about to advance or recede. There are the not-quite-apparent shapes just beyond the plane in Raise the Dust, the browns and ochres visible pigmentations that anchor the work’s namesake imagery. I suppose this shouldn’t be surprising, as we can only imagine these trails rising behind his wheels on drives toward the Rural Studio.

Without being parochial, there’s a certain southern-ness that gives place to Dooley’s abstractions. There’s an understanding of how earth is pigment, how place is transitory, how shape is universal. That doesn’t mean everything is immediately visible. Quite the contrary. To immerse yourself in Dooley’s works, you’ve got to take the time to look, and see, behind, between, and beyond the lines. 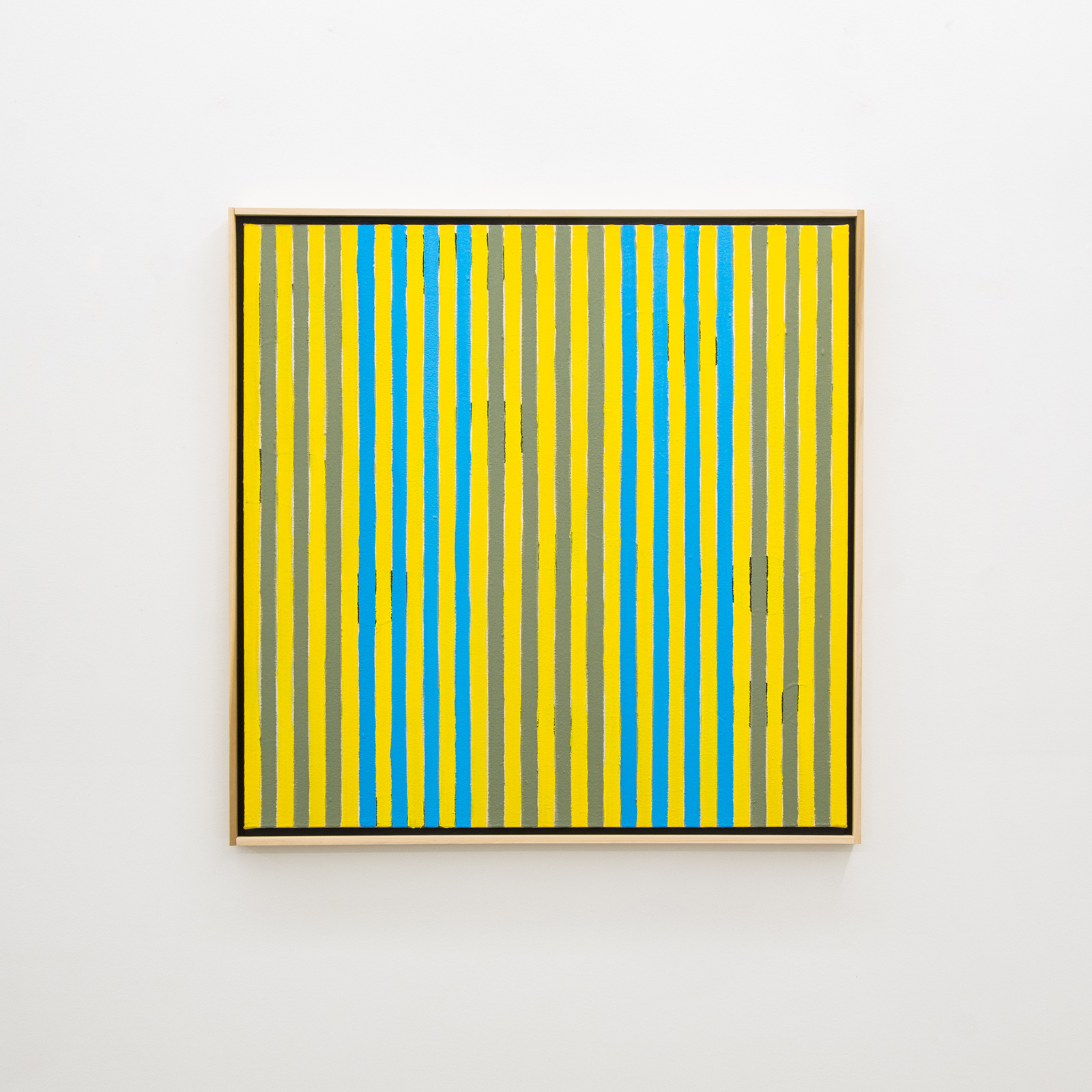 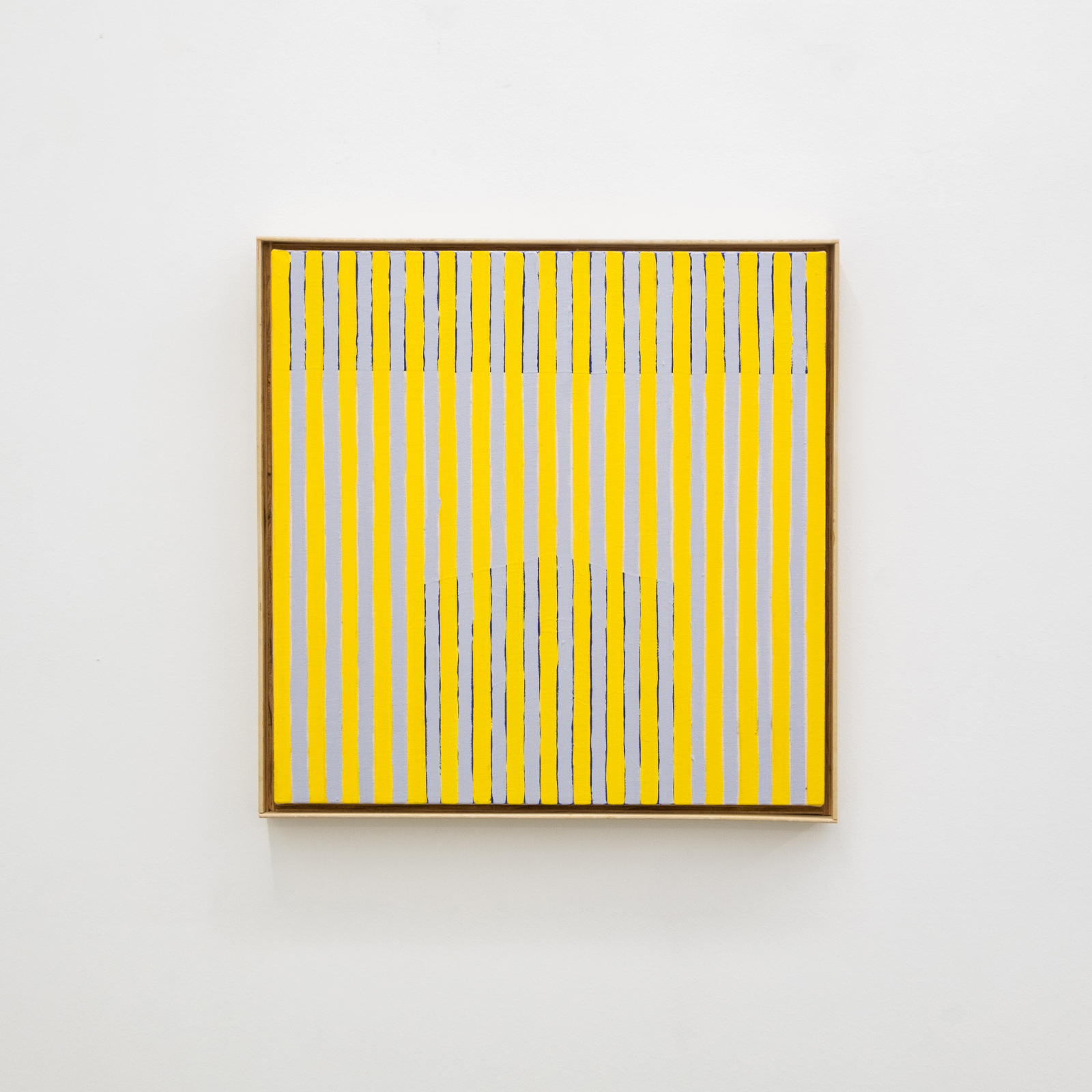 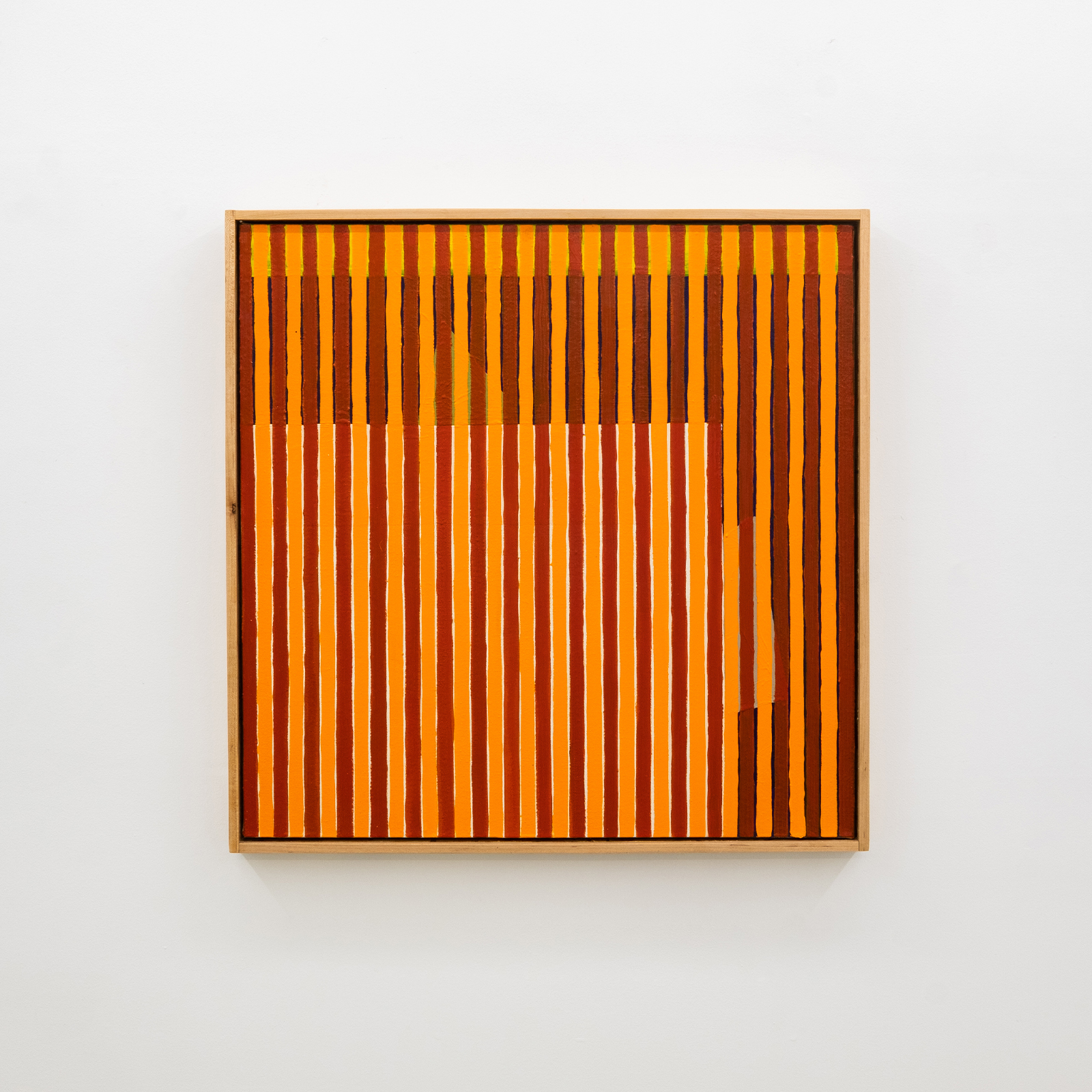 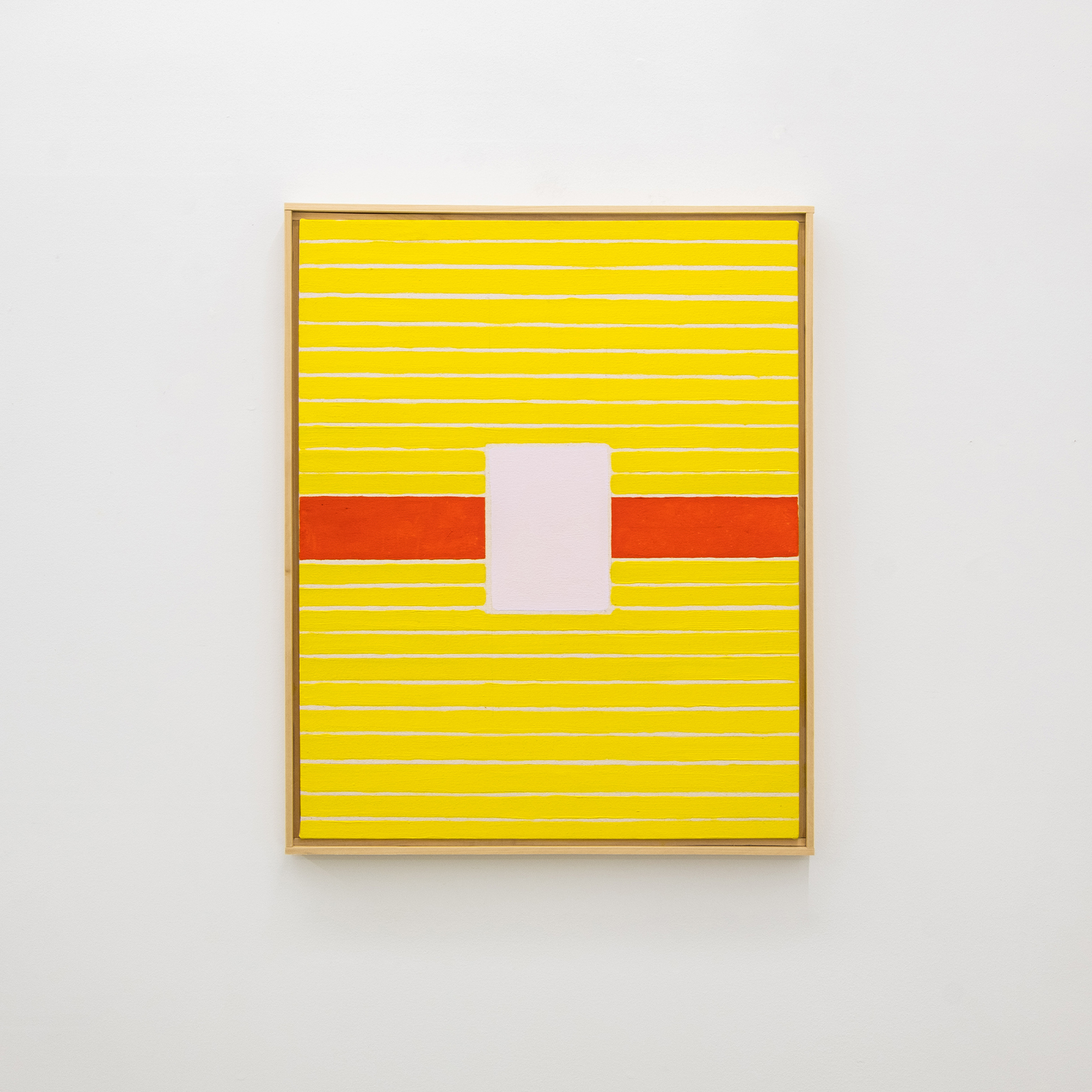 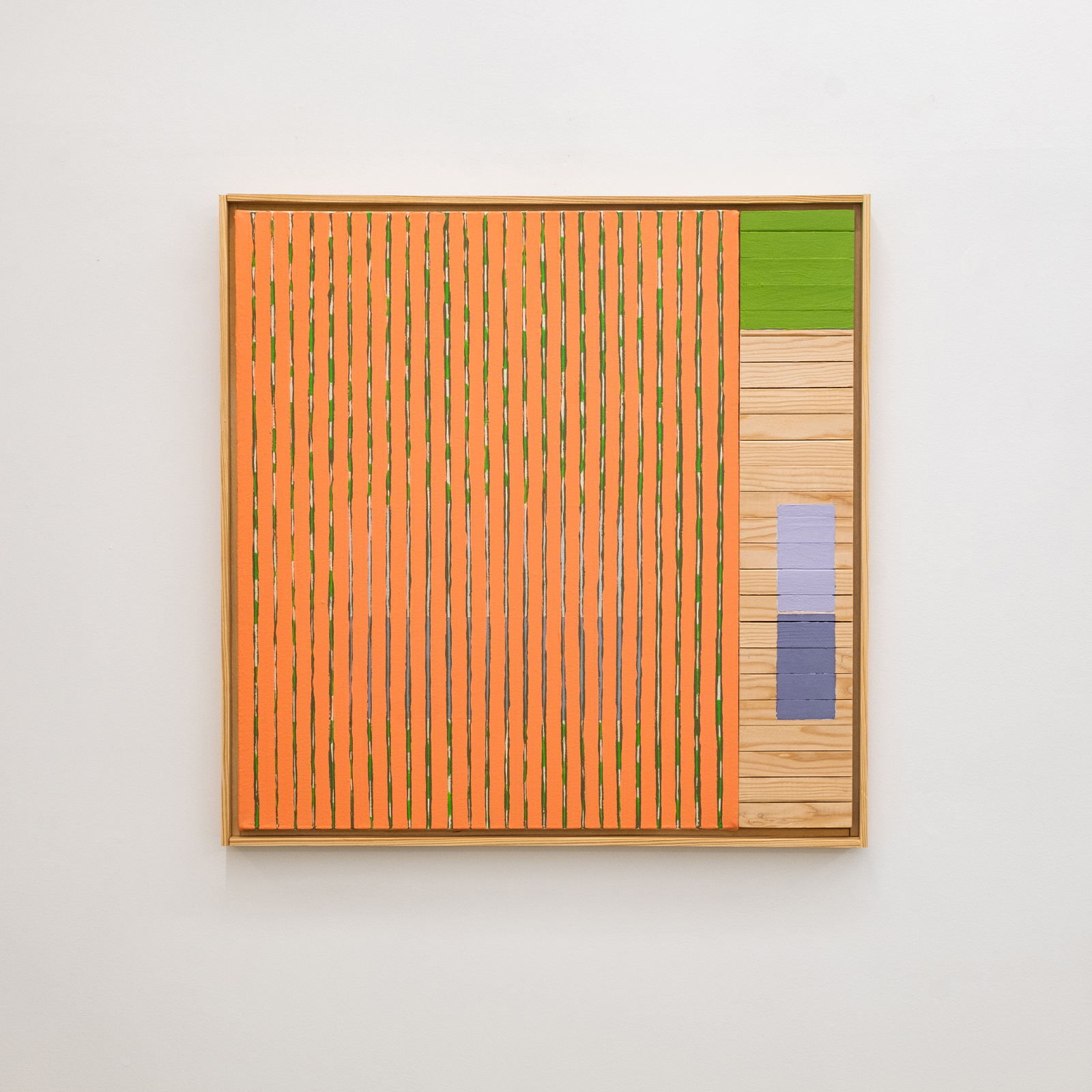 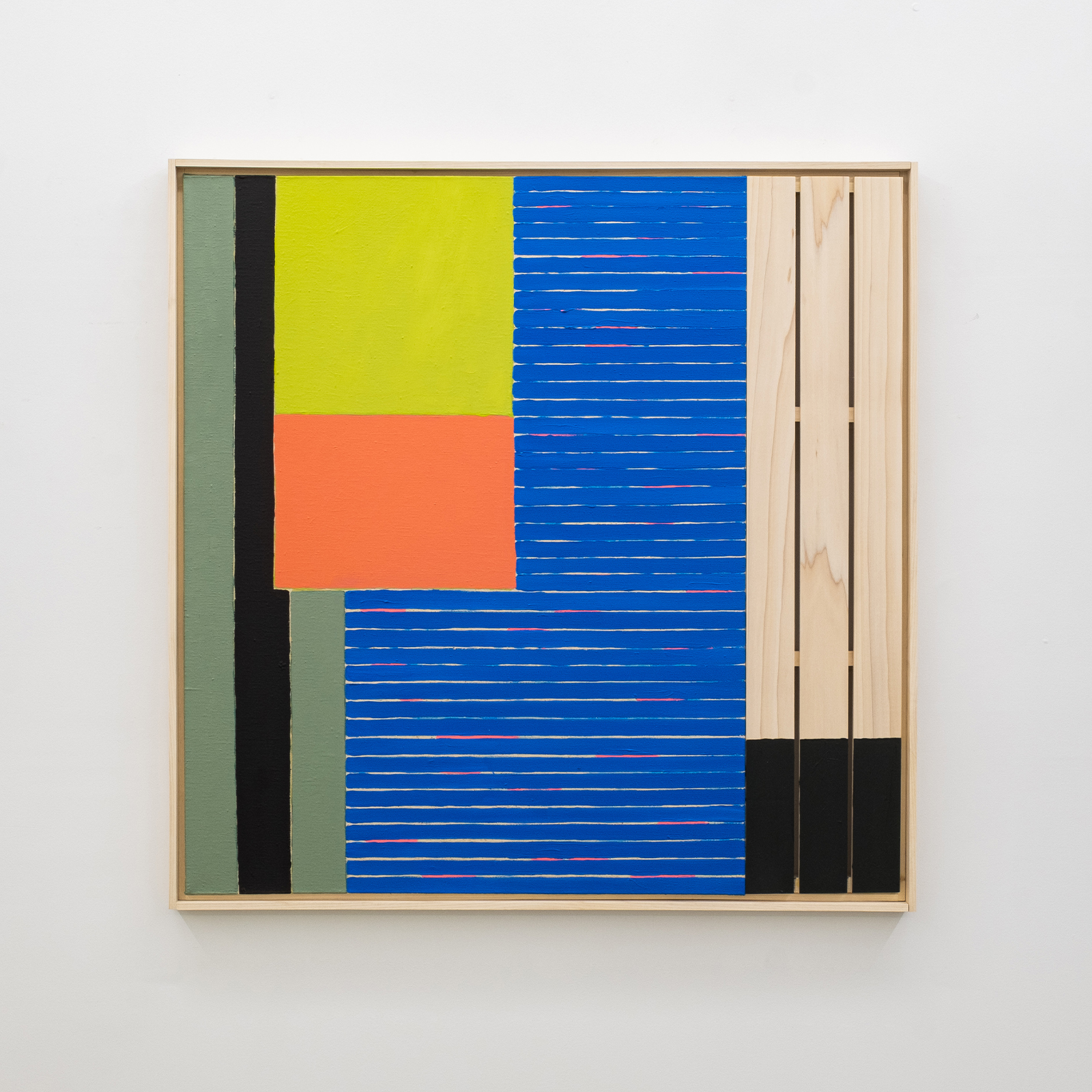 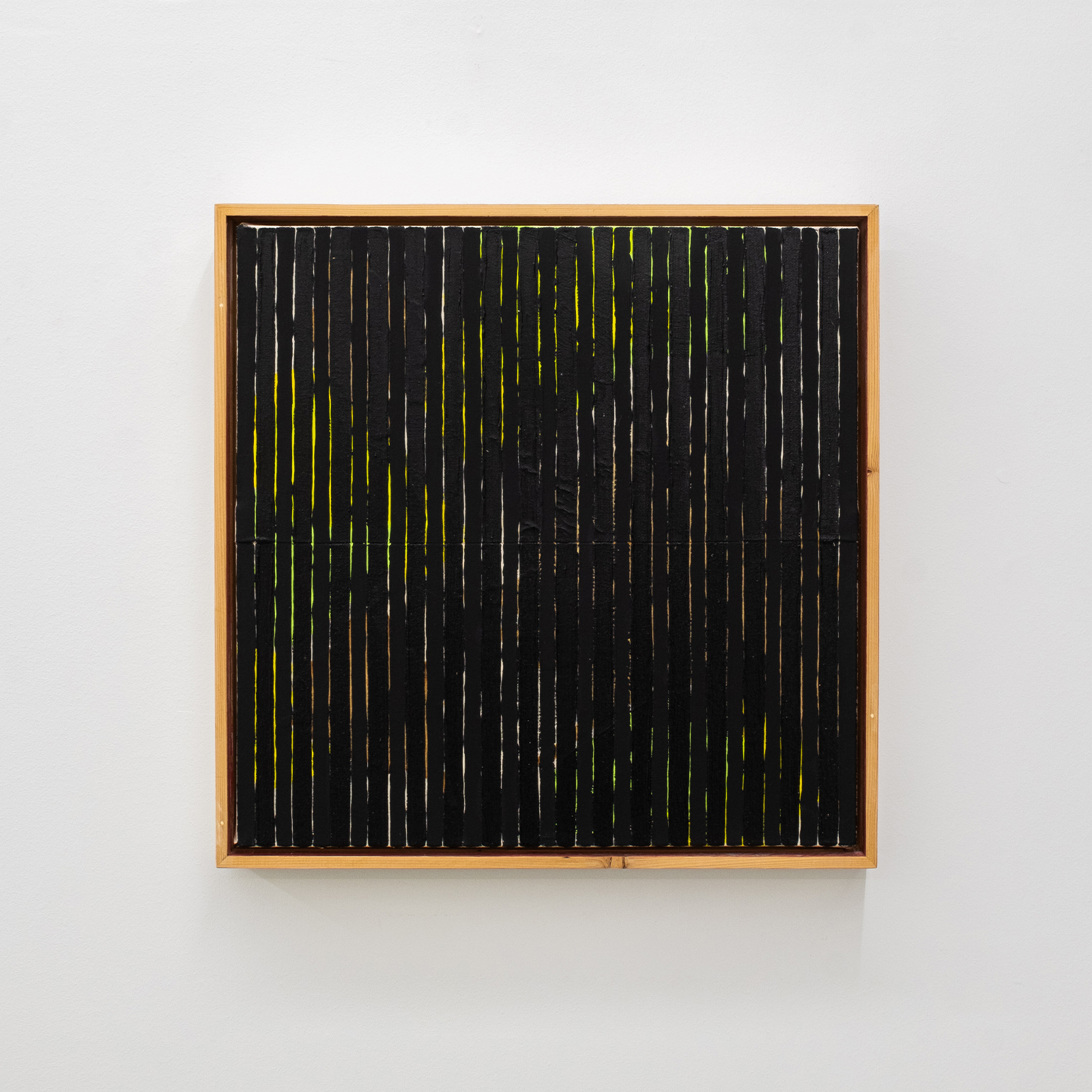 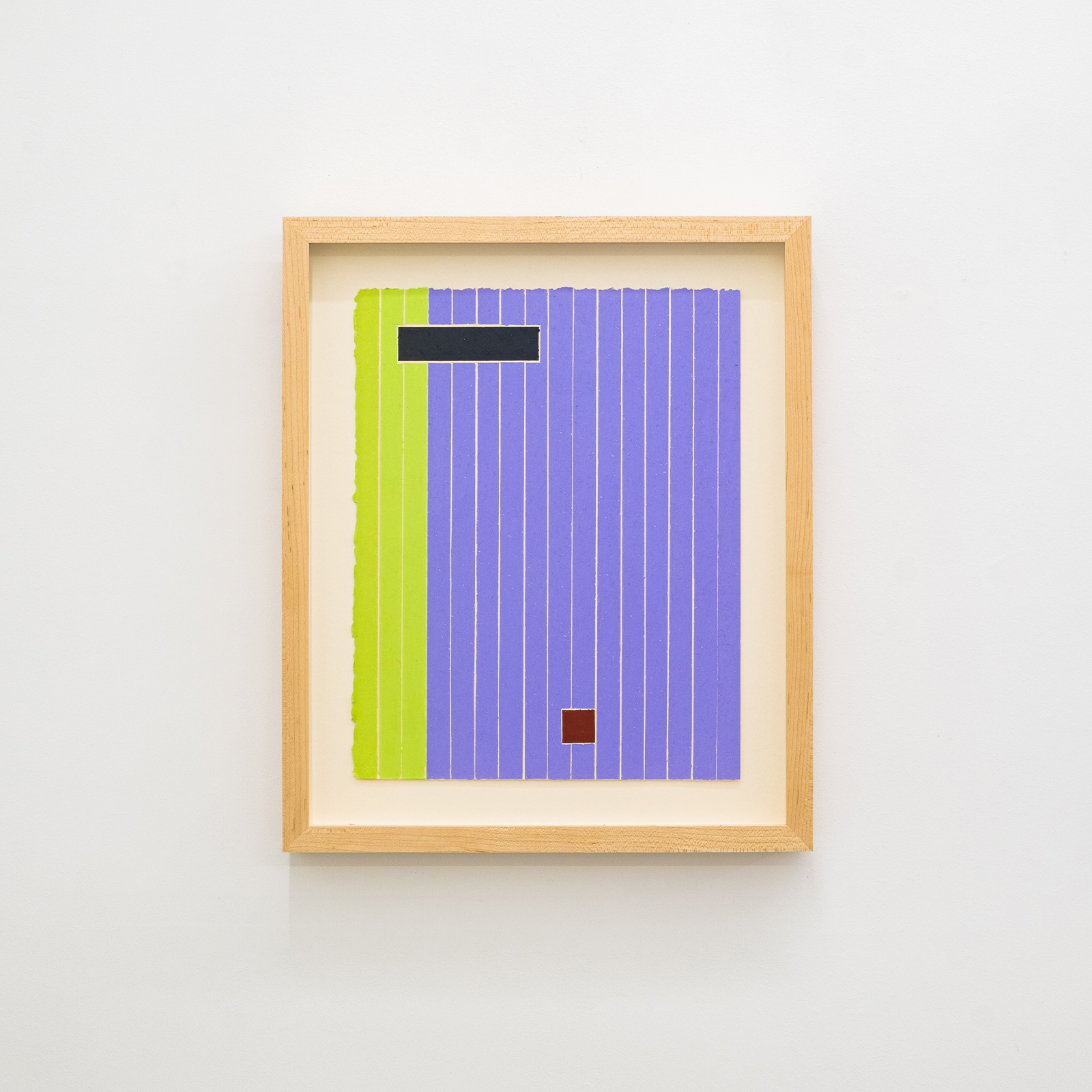 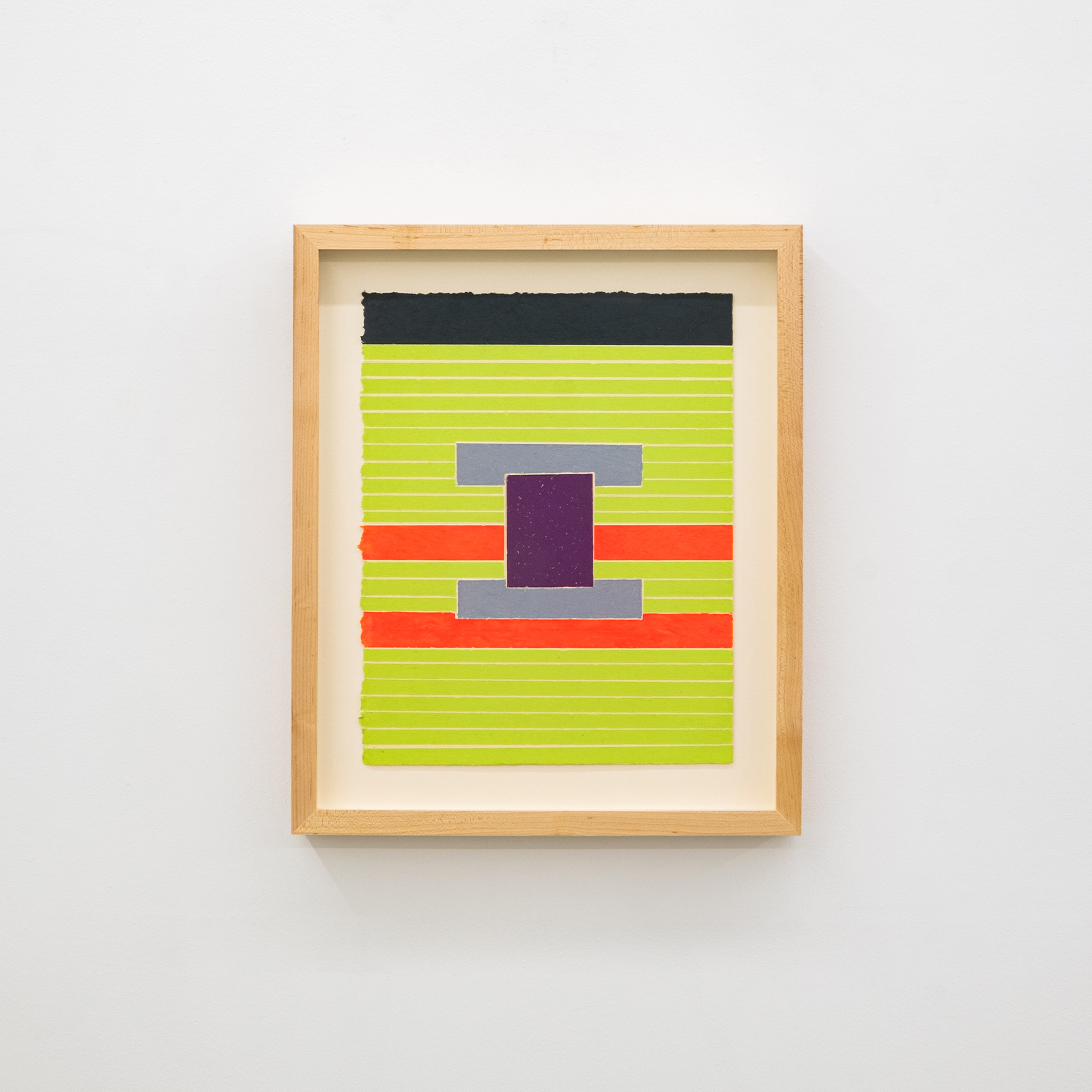 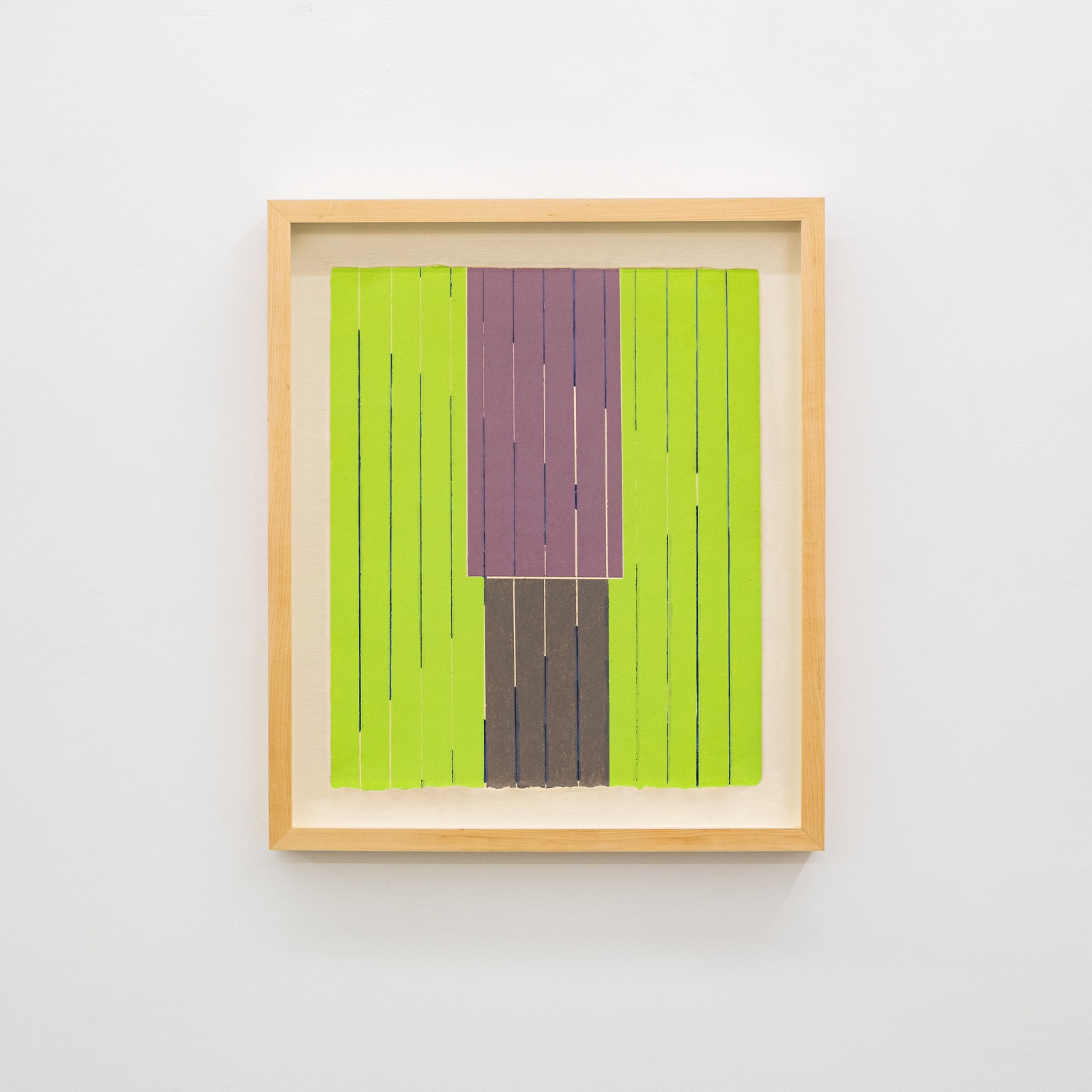 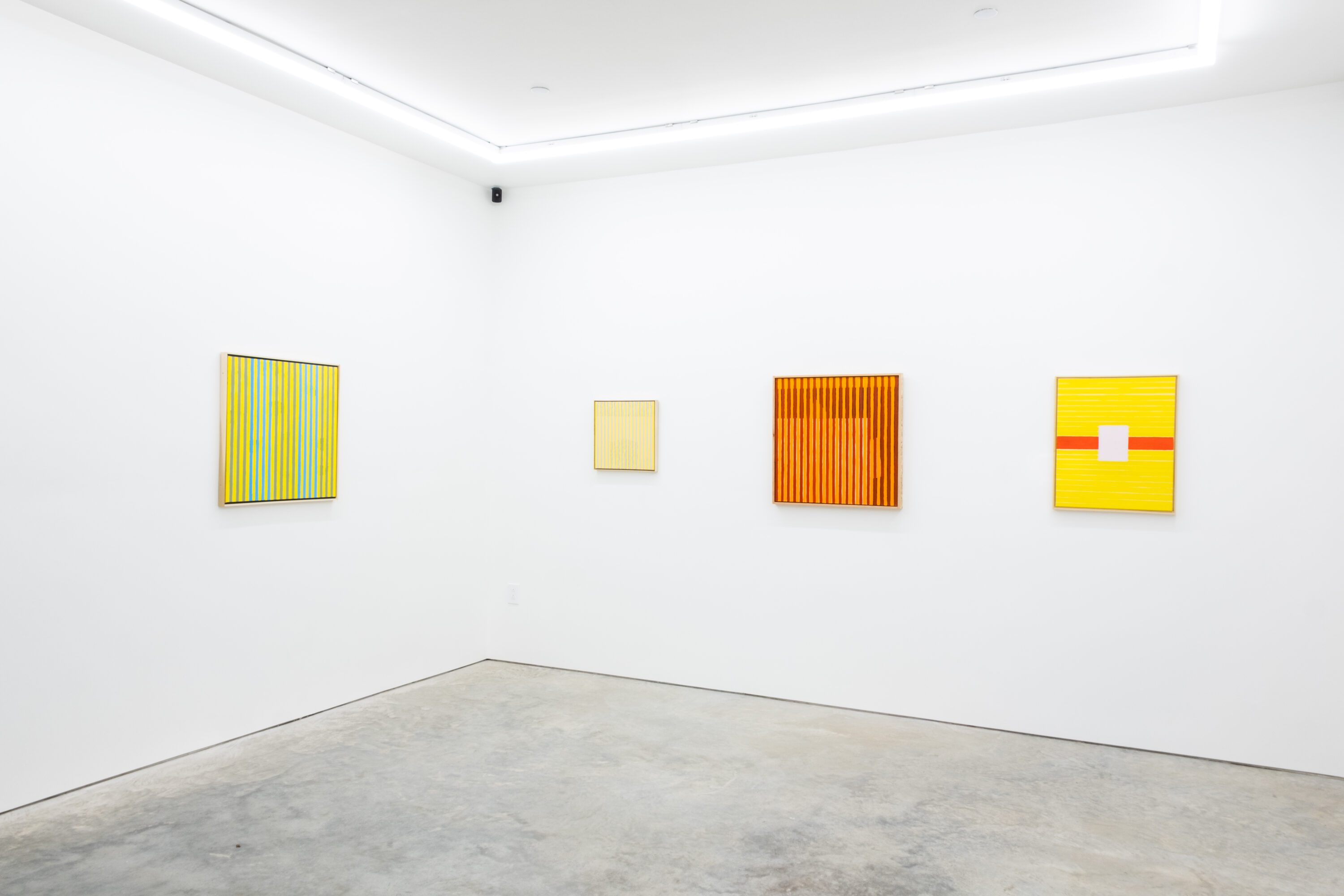 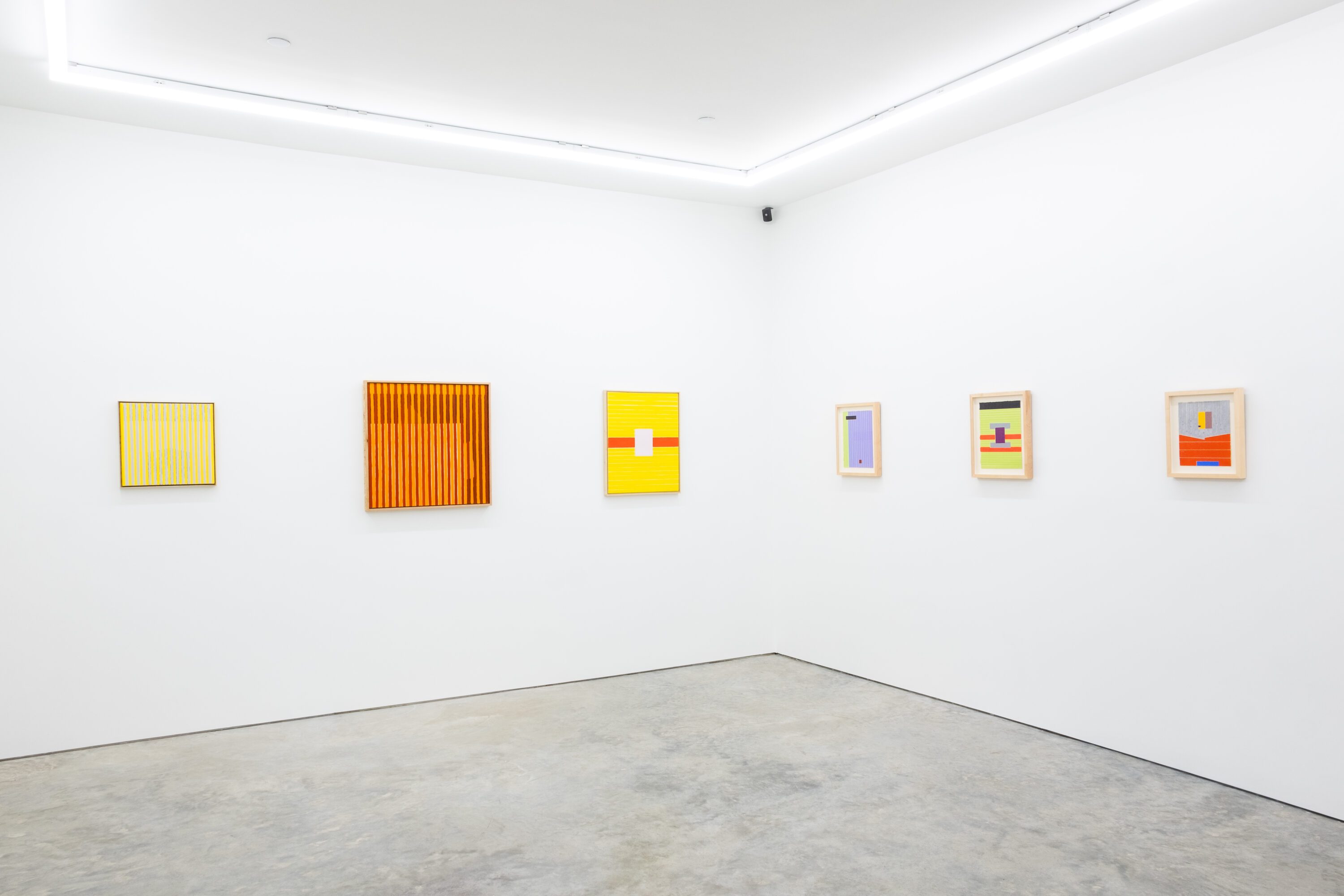 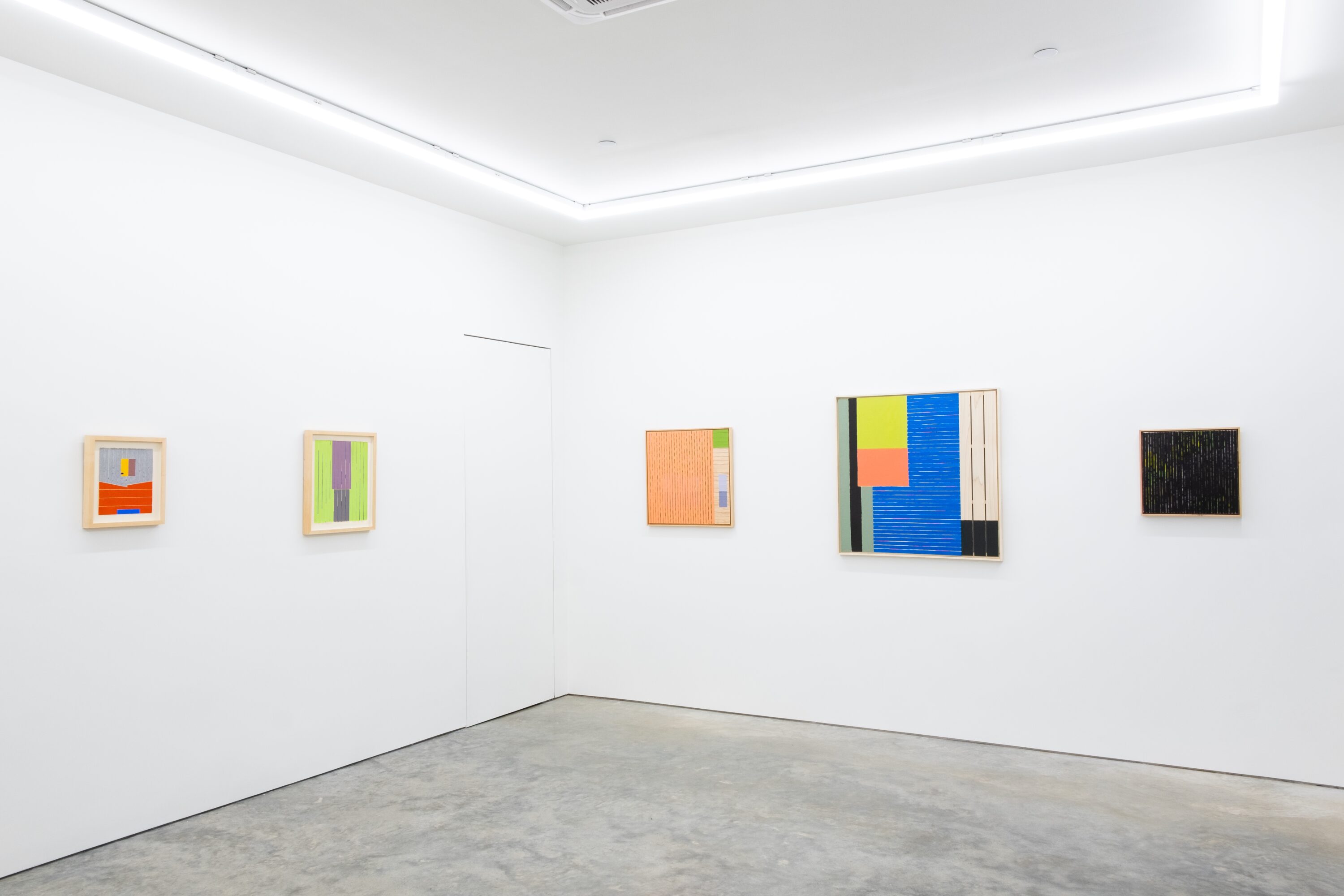 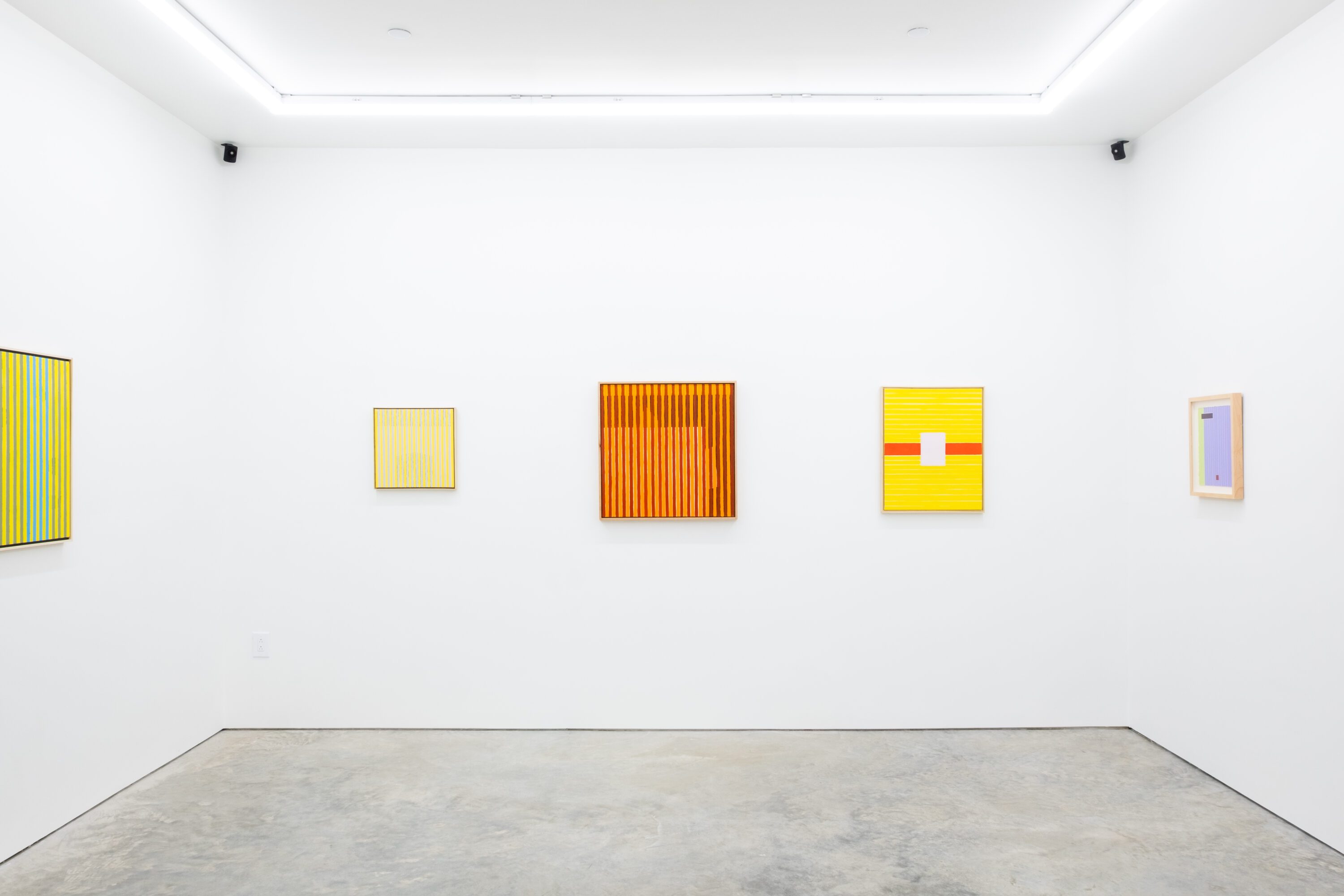 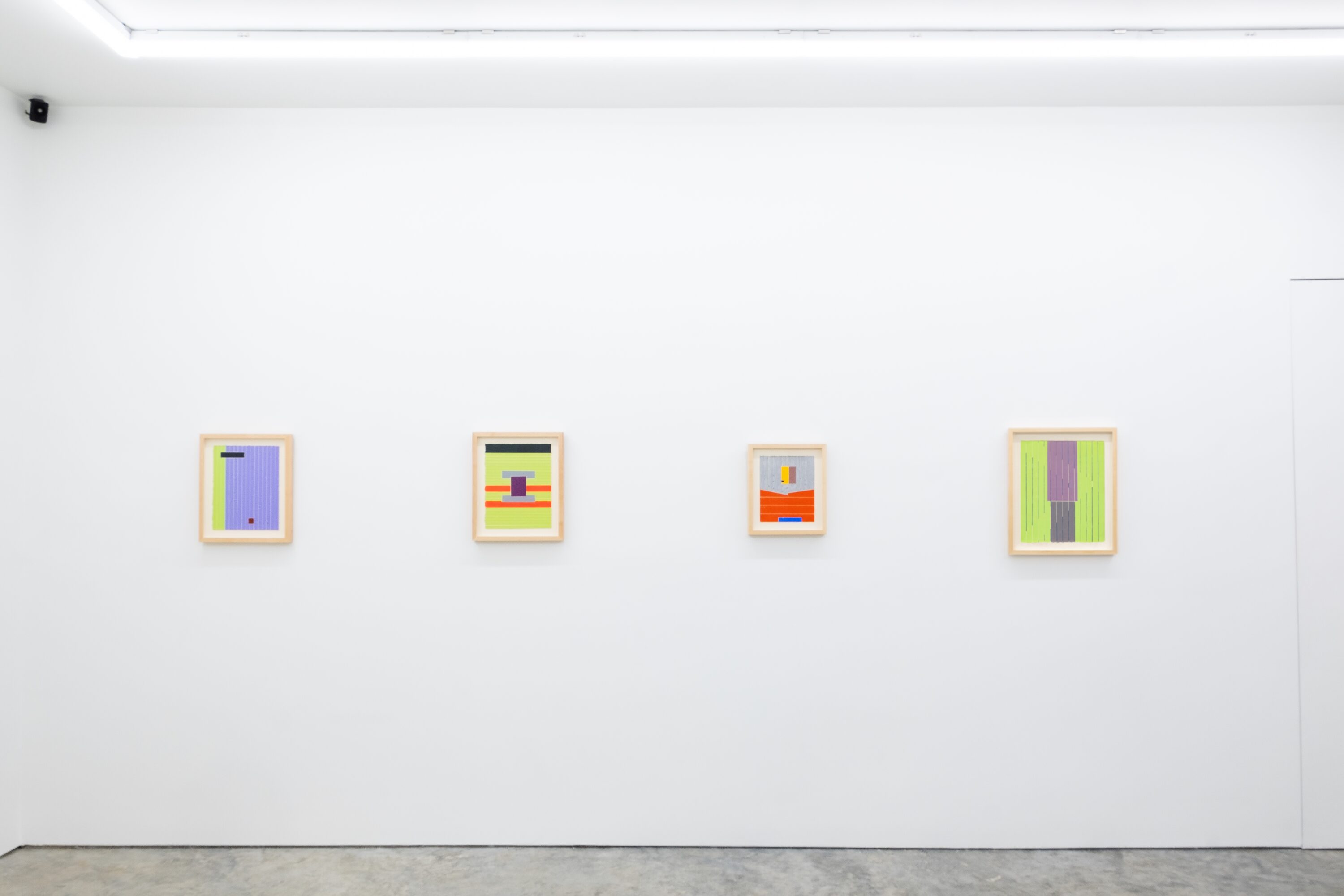 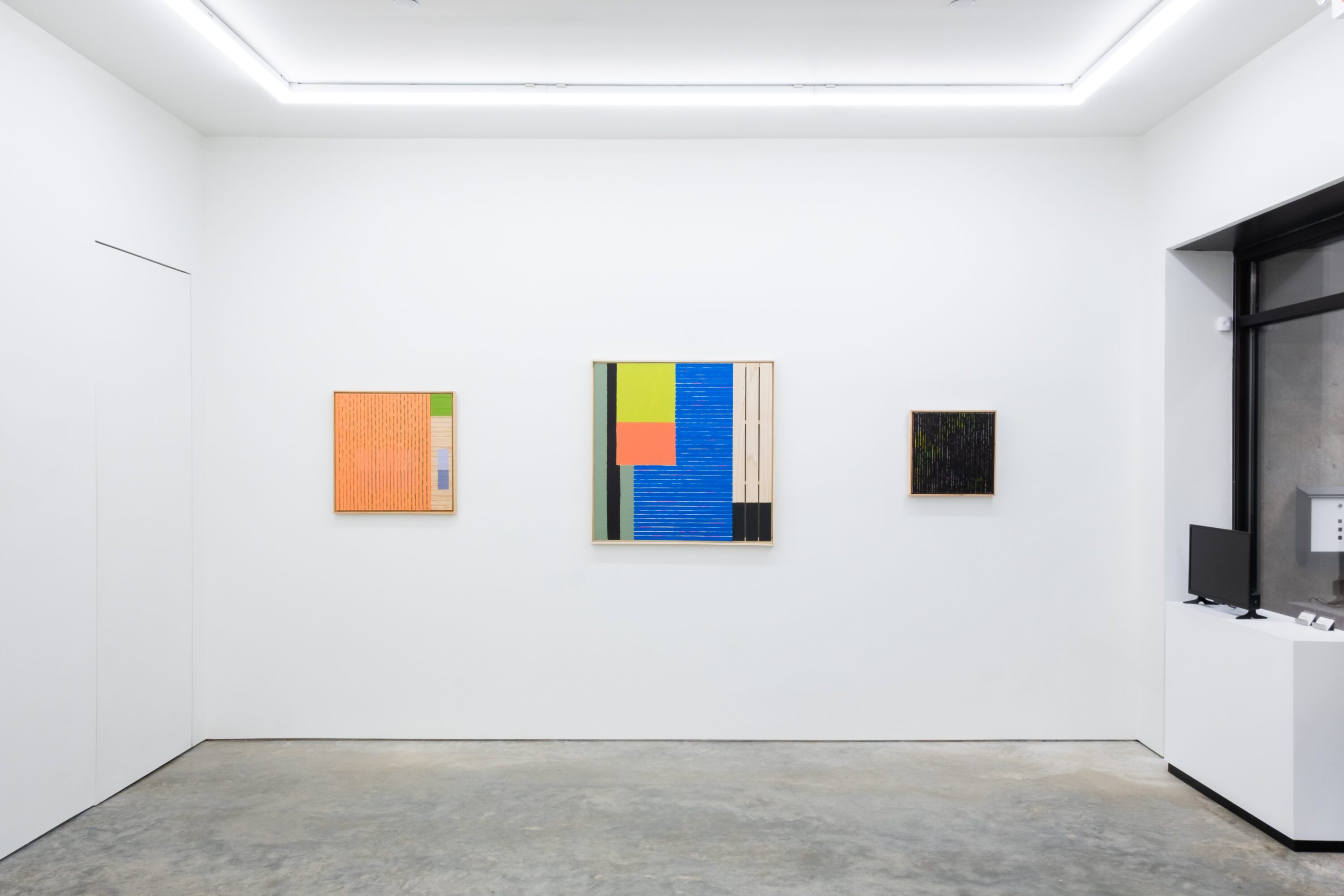