If one were a purist, abstraction’s greatest challenge would be to remain completely decoupled from referent. Not from figuration, per se, but from anything that might anchor the work, or the viewer, to something real. Fortunately for us, Andrew Faris isn’t that much of a purist. He leaves just enough referent within the scope of a work, if not necessarily on their surface. Consider Fountainhead, for example, a large-scale raw canvas awash in diluted acrylics. Fountainhead, the term anchored in literature but rife with multiple meanings, springs forth in a sea of push and pull, yellow and blue diluting into green. Or, step close to Gush, where hard-edge abstraction again sets itself against an implied horizon, the gush itself spilling out. Eddy is no less evocative, but it seems as if now we’re pulled toward the sky, gazing down on water, on bay, on marsh, on currents swirling in eddies Faris has distilled to a chromatic topography. Perhaps his true genius is this persistent illusion, a suggestion of familiarity in an abstract field. Like many of the finest abstractionists, we’re invited to read these as landscapes, or seascapes, or sky—just without the imperative to perceive the same things. 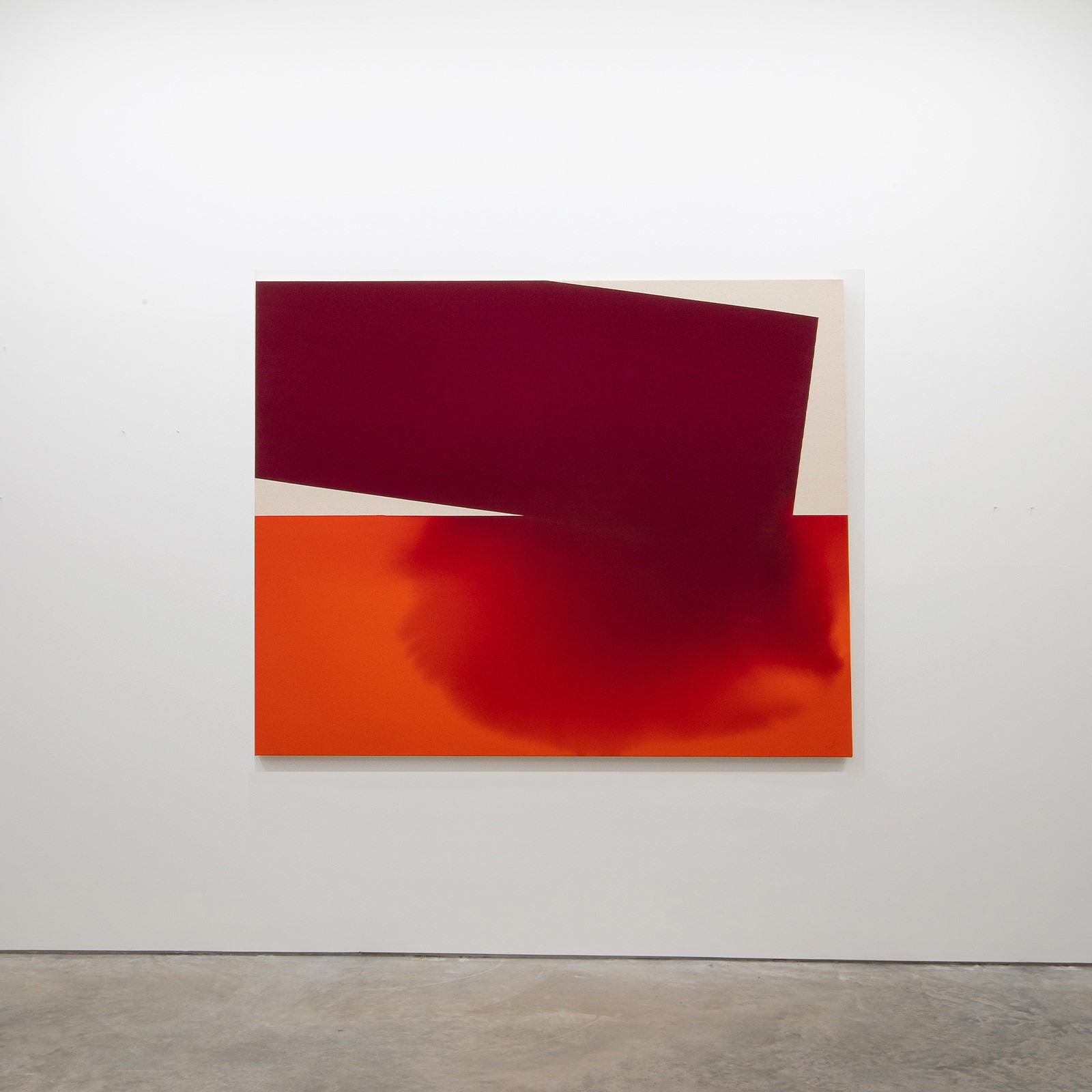 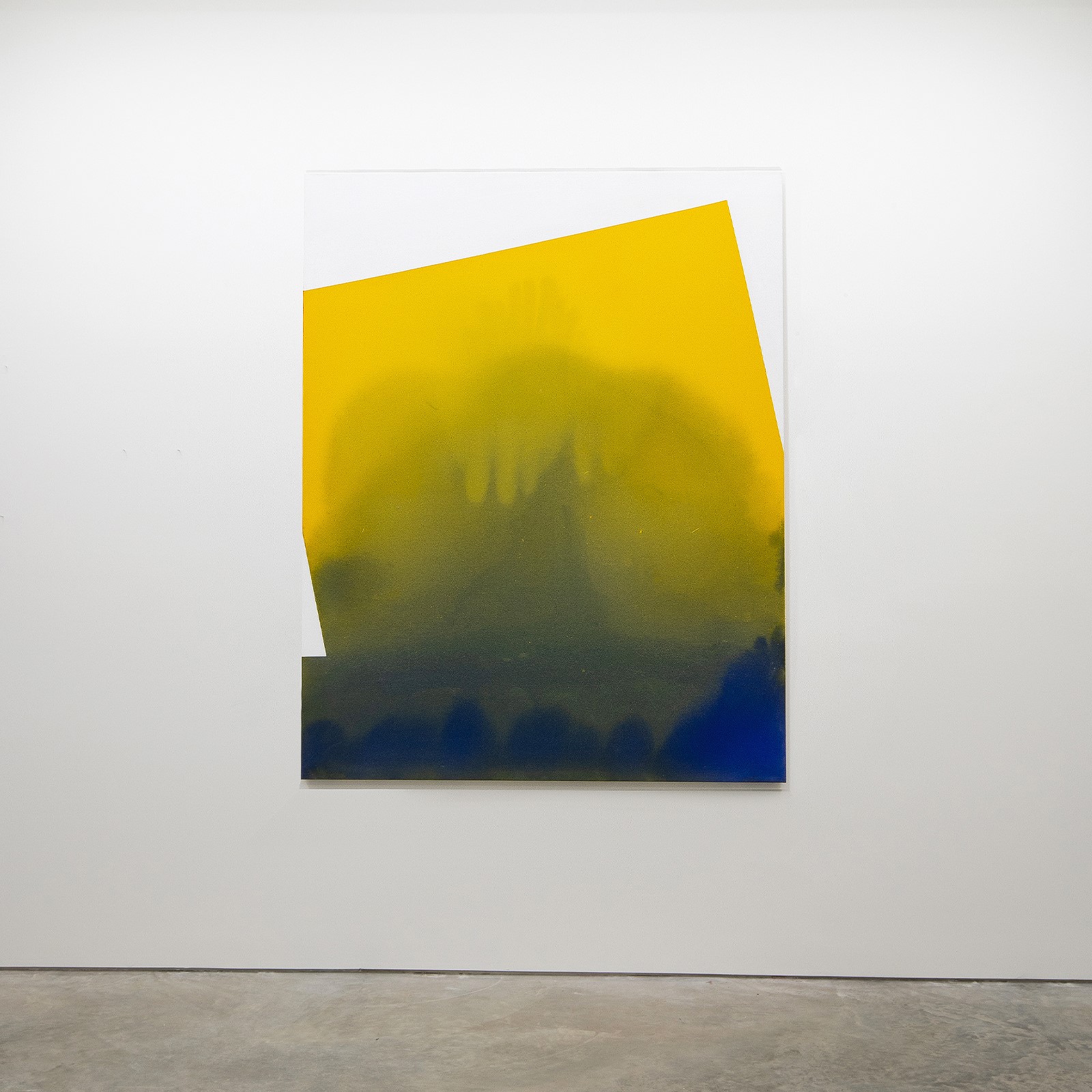